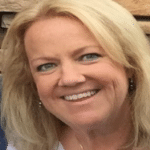 Marion Fague-Bass grew up in a family of musicians and actors, and through her life dabbled in various visual and performing arts. She hit upon her true love of jewelry-making around 2006 when her children were old enough to allow her time to devote to herself. Beginning with beadwork and wire-wrapping, she soon progressed to silver-smithing. After ten years at the torch, she took a side step into precious metal clay and discovered a whole new world. After intensive work, she earned Level II Certification through Art Clay UK, which congruently earned her Senior Instructor Certification in the US. She continues to hone her skills in both fabrication and metal clay, and loves to combine both mediums along with beading and wire-wrapping. A retired high school teacher, she has not been able to leave the classroom, and now teaches both fabrication and metal clay at the historic Maitland Art Center and privately.
A native Floridian, Marion’s love of the sea and nature is evident in her work. She often features very unique and natural stones with organic shapes and textures. Many of her pieces are re-creations of actual items found in the wild, or representations. Her dedication to the environment is evident in her lines of “urban archeology” found object jewelry, and “donation station” pieces that include donations to various environmental organizations. 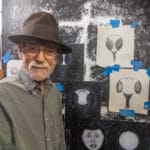 Jim Hosner started making jewelry in 1970 while in the army. He made a peace sign and wore it in place of his dog tags.

In 1971 after returning from Vietnam, he returned to grad school for psychology. It was at school that he expanded his art from jewelry to include painting, sculpture, printmaking and ceramics.

The appeal of the sunny South became too strong and he came to Orlando in 1982, and started showing art in various area galleries and art festivals. Other shows include New York, Berlin, and Miami.

Jewelry has been Hosner’s passion for years, and he began teaching jewelry-making at the Maitland Art Center in 1995. He also has volunteered at the Orlando Museum of Art for their First Thursdays program since 1999. Currently, there is a series of Youtube videos in the works that animate some of his paintings. 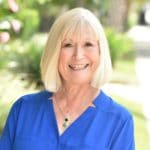 Stern’s first visit to the Art Center was at the invitation of a friend in 2006 for an exhibition called “Sari: Six Yards of Magic.” She fell in love with the campus and returned often just to walk around the magnificent grounds.

In 2008, she lost her job and became unemployed for two years. In 2009, she began volunteering and the Art Center became her refuge, taking her first class with jewelry instructor Jim Hosner that same year. She continued to volunteer at A&H, and took classes with Jim Hosner from 2011-2016, when she became an instructor herself. She considers herself an “unapologetic lover of metal” and enjoys the process of metal fabrication and teaching others about her passion. 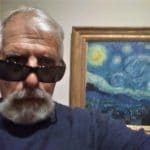 Michael Moffett currently has a sculpture and painting studio and gallery in Cocoa Beach. He attended Ringling School of Art and Design in Sarasota and Palomar College in California, majoring in Fine Arts. He worked in Canada as a professional welder, building farm equipment for International Harvester for a short period of time before returning to Florida to open a welding studio and bronze foundry to create his own bronze sculptures. While exhibiting his sculptures at the prestigious Walt Disney Festival of the Masters, where he won best in sculpture, Disney added a Moffett bronze sculpture to the Disney art collection. An offshoot of that show was that Disney used a Moffett sculpture in a movie. Moffett is also infamous for creating a bronze drinking fountain - the infamous Fountainhead bronze sculpture - for a city park which created a world wide controversy over the artist's use of creative freedom of expression.

Moffett has shown work at the Bishop Gallery in Brooklyn, NY, the Polasek Museum Winter Park, FL, the Winter Park Sidewalk Art Festival, won Best in Show three times at the Orlando Museum of Art First Thursdays Art Show, a bronze sculpture was picked by Mayor Buddy Dyer for The Mayor's Gallery at Orlando City Hall Show in 2016 and showed at Clio Anti Art Fair in Manhattan, NY in 2019. Moffett's work was featured in A Soldier's Home show at Art & History Museums - Maitland in Fall 2018. Moffett was a featured artist on PBS's WUCF Artisodes TV show in 2017 and currently is represented by an art gallery in Brooklyn, NY. He hopes to inspire other artists while teaching at Art & History Museums - Maitland. 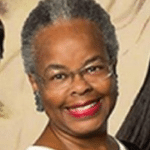 Phyllis A. Taylor is a seasoned professional portrait artist who focuses on depicting the complexities of life through the expressions of her feminine images. She uses a variety of media and sometimes mixes media to create her works with a combination of color, texture and symbolism. She earned a BFA from the Philadelphia College of Art, studied Art Management at The American University and has taught drawing in both private and community schools and privately to individuals. She presently teaches Expressive Art Classes at senior centers in Central Florida, workshops at the Maitland Art Center and teaches Art as medicine for the Spirit of a Woman organization to women who have experienced trauma.

Phyllis A. Taylor is a Certified Teacher of Intentional Creativity(R) which is a process that focuses on using intention, inquiry, imagination and insight along with language and creativity as tools for healing and personal transformation.

Phyllis A. Taylor is a Certified Creatively Fit Coach who encourages others to acknowledge, accept and activate their own innate creativity.

A native of Florida, Glen Ward was born in Kissimmee on March 27, 1945 and grew up in a rural community on the east banks of Boggy Creek in Southern Orange County. He is married and has three grown children, and four grandchildren.

He always liked to draw, but began his art career in 1974. During eight years of study at art centers in Orlando, Winter Park and Maitland, he began intensive study in private sessions with several established and successful artists.

As well as being an artist, Ward is a practicing cosmetologist since 1965, and has served the State of Florida as a member of the Board of Cosmetology within the Department of Professional regulations; a position appointed by the Governor with the approval of the Florida Senate. I have an Associates of Science degree as a paralegal from Southern College in Orlando, Florida.

He was also an active member with the Boy Scouts of America with the Central Florida Council for 13 years, having been an Assistant Scout Master, Scoutmaster, Unit Commissioner, and Assistant District Commissioner, District Committee member, Chapter Adviser, and Vigil Honor member for the Order of the Arrow, Tosohatchee Chapter, Tipisa Lodge 326.

Glen Ward was nominated and accepted for inclusion in the 68th edition of Who's Who in America, 2014. 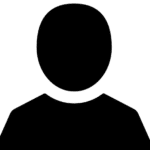 Calixto O’Neill was born in Puerto Rico in 1942, and came to New York as a small child, living in the Bronx and Brooklyn. He later moved to Wading River, Long Island, where he lived for 40 years. He has 5 children, 5 grandchildren, and 2 great-grandchildren.
O’Neill earned his degree in Graphic Design from Empire State College, which paved the way for him to become a professional graphic designer and photographer. He has been an instructor at Parson’s School of Design in New York City and Hofstra University, and a professor at Briarcliff College on Long Island.
For 20 years, he was the president of New Image Advertising Graphics Inc. in New York City. Currently, he lives in Casselberry with wife Marjorie. In addition to teaching fine art and photography at the Maitland Art Center, he also offers private and semi-private classes in his home studio.

McDowell has always found herself drawn to the creative realm. Starting with drawing and painting, she grew into a passion for clay. Part of the allure was the tactile nature of the medium. Interesting textures are easily achieved. The clay can be formed into many wonderful items, both functional as well as decorative pieces. There really isn’t a limit as to what you can make.

Her love of experimentation has taken her path into alternative firing techniques. From Raku to saggar to pit firings, all produce diverse finishes. This has led to teaching numerous alternative firings workshops in NC and FL.

Along the way she has exhibited in numerous juried art festivals and exhibitions across the Southeast and Midwest winning many awards. “Say it with clay” was a very successful event at OMA chaired by McDowell that featured a juried exhibition, live demos, films, food and a live band. In 1999 she was a U.S. delegate to the Ceramic Millennium held in Amsterdam, Netherlands focusing on architectural ceramics. She was commissioned by First Lady Hillary Clinton to make an angel for the White House Christmas tree. Additionally, she also made a piece to commemorate President Clinton signing the Mid-East Peace Accord.

McDowell has taught pottery to students of all ages at several local art centers. She supplies her students with a tremendous variety of tools, techniques and experience. As they learn from her she learns from them. “When working with clay, you never stop learning, no matter the source.” Her time (24 years to date) at the Maitland Art Center has been and continues to be most rewarding. “The grounds and the energy are so peaceful and creative. There is simply no other place like it on Earth.” 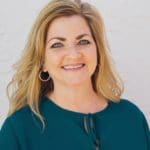